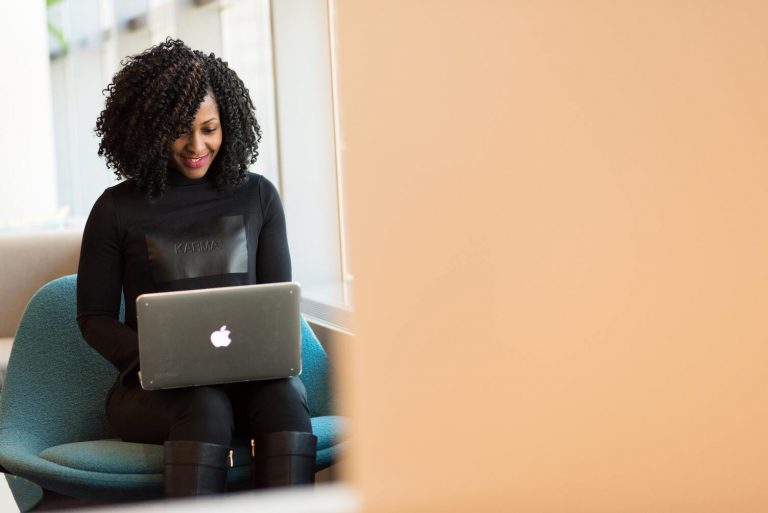 Modern personnel management has long since learned that is it beneficial for a company to handle the resource “people” with care. As new technologies are generally offered in a similar way all over the world, no one doubts in principle that economic success depends solely on people. Equally, no one doubts that the analysis of cultural and supra-cultural factors is particularly important when considering the value of so-called “human resources”. Focus is not only placed on the question in which cultural context working people are embedded but also the question as to how work expresses itself as a cultural achievement.

When we talk of work, we speak too little of culture. Unless we are talking about a new quality of work as part of modern corporate culture, the world of work is generally very different from our life culture.  The classification of the forms of work as cultural achievements may appear obvious – many social historians have made reference to this – and so the question has to be asked: What do we gain if we view the quality of work as a cultural achievement?

Work is a fundamental human experience, work has been necessary in previous societies to safeguard human existence. The forms and conditions of work, including the design of work, are, of course, not fixed but are subject to a continuous process of change. Accordingly, the same importance was never attributed to work in its historical development. The different views of work can be related to the fundamental dialectics of work.

Work is situated in the field of conflict between the necessity of work as a precondition and form of human existence and the utopia of a life free of work.

The dual nature of work shows man as the designer of work and as the person largely formed by work.

The age-old problem of “self-realisation” or “self-alienation” through work, the contradictory aspects of effort, stress and risk, on the one hand, and the sense of purpose, creative activity and positive performance, on the other hand, is fundamental.

The more work no longer serves the direct satisfaction of a need but becomes an abstract contribution of the individual to satisfy the needs of all as a result of the increasing division of labour, the more the major significance of work is recognised in society in general.

We use the term culture in the broadest sense to mean what man creates. A difference has to be made between that and everything man has not created, above all nature which man has not changed. We term the results of his actions as cultural achievements. They consist, for example, of technology or the plastic arts, as well as in ideal forms such as morals, justice, religion or sciences.  They generally have historical roots, and for society they provide meaning and help to form communities.

Through their communication and development they influence the individual’s development of physical and mental skills which qualify them for their professional and private possibilities. The term culture therefore not only relates to man’s ability to shape and change his environment and himself but also to the entirety of all historical cultural achievements of any society.

Our modern societies are based on extremely complex systems of cultural achievements which also develop dynamically. This gradually results in man increasingly finding himself in a world which he himself has created and is therefore occupied everywhere with the products of his own actions. The result is remarkable to the extent that a culture has arisen which, like all complex systems, has developed its own dynamism. Since that time man has not only been the creator of his culture but, at the same time, its creation insofar as this culture in turn impacts on his way of life. The effects of modern technology vividly brings this point home to us.

Industrialisation has therefore had a particularly strong influence on the forms of work and social conditions. This inherent dynamism proved to be very rapid in its early stages of development and so sensible forms of work without the necessary regulations were inconceivable. Such regulations – like those of occupational safety and health or worker safety as it was originally called – are to this extent to be viewed as a subsequent counter-control of an independent cultural achievement of industrial technology. They were incorporated in a culture of hierarchical structures, in the change to the industrialised society. It was therefore also obvious and sensible to leave the responsibility for economic and safe working conditions under the authority and welfare of the employers and the state. For every technical, scientific and economic change is embedded in conditions which stem from the culture in which the change takes place. In its 150-year history, we have in fact succeeded in integrating and optimising occupational safety and health, as a technical and organisational cultural achievement, into economic development, at least in the western world. This point of view cannot be stressed too highly even though we have not succeeded in attaching the same significance in the public’s eye to the importance of safety and health in the world of work,

such as freedom of the press, environmental protection and consumer protection, for example, enjoy.

In view of the insufficient awareness the question arises nowadays as to whether the purpose of a regulatory system can, in principle, still be detected compared with the complex technologies which are changing at an ever increasing rate and, in addition, whether completely different conditions exist, as a result of the social change, which stem from a completely new culture in which this rapid change is taking place. Compared with the highly industrialised era, modern society is characterised, for example, by more democracy, more personal responsibility and a change in attitude to work and leisure time. In many places even the old time-tested community solidarity between old and young, the sick and the healthy, the strong and the weak is being questioned. The economically necessary deregulation of long-standing systems releases new forces which cannot be controlled alone with the new philosophies such as mobility, flexibility, learning for life and more personal responsibility.

Systematic approaches which do not permit subsequent but rather preventive controls during the creation of complex systems are now in demand. This could mean that, in future, fewer regulations again would have to be provided in the implementation of technical innovations and the ensuing introduction of new working conditions. Rather the possibilities of systematic models could be pursued which suit the culture of the human environment. These models would not primarily correspond to target-oriented engineering but to attitudes which proceed from the freedom from harm to life and limb and from the dignity and personal development of each individual, i.e. from the ethical cornerstones of our human culture. The fact that these values also account for the economic success of corporate strategy in line with the meaning of so-called “human resources” was already highlighted at the outset.

In the present situation the “quality of work” is to be declared an integral component of the European employment and social policies. The necessary quality indicators agreed at European level for jobs, labour markets and social policy have already been incorporated into the European labour policy guidelines and in Germany in the coalition agreement of the new federal government. However, the reason to improve working conditions is not only in the joint interests of labour and management. They are also of major significance for economic competitiveness. All the stakeholders have recognised that company safety and health increase job satisfaction and therefore the motivation and efficiency of the employees. The quality of work is therefore declared a core element of the economic force which will, in future, ensure that the social security systems are viable and can be financed. As a new cultural achievement, it replaces to some extent the regulatory corrective in a modern work culture which can no longer be primarily identified by workflows “from the top down”.

The particular importance of the quality of work lies in a sustained and therefore long-term policy. For a major feature of work is its power to create history. The strength of a society’s culture also lies in the respective form in which the society organises its working life. The success of the western cultures over the last centuries is the result of the evolution of a work society such as we mainly find nowadays as gainful work. Here, the manner in which we work not only serves economic success and social co-existence but we experience that forms of work organised far the long term are more capable of surviving than arbitrary and free forms of work. The forms of work and co-existence in the world of work, and all of a particularity high quality, mean, in addition to their economic force, a step towards a culture of co-existence in a future society which is not jeopardised by brutalisation and egoism in free competition. With this knowledge modern cultural developments are also characterised by the fact that the ethical debate accompanies technical innovation not only in scientific and socio-political matters but also from economic aspects.

However, in view of the introduction of new technologies the ethical debate has only been held to a small extent in the work sciences. This may be due to the fact that it has been repeatedly assumed that in such a dialogue a humane understanding of ethics of the previous holders of responsibility might possibly be questioned. With the concept of a new quality of work, i.e. the aim of increasing productivity in particular with the individual’s potential of job satisfaction, a new attitude towards a new understanding of the ethics of work is also conceivable. It is well known that the subject of ethics is human action. However, for a correct understanding of the ethics of work the terms of activity and deeds – the actual performance of human work – are to be clearly distinguished from the term of action: An action is characterised by the fact that its aim is in its performance itself. Viewing, considering or leading a meaningful life can be cited as examples of such actions. Many explain the term action as an “intentional and active attainment of objectives” and, on the other hand, the reasonable term as “subjective” (in that I myself consider what I am doing to be correct). If a new understanding of the quality of work also embraces personal responsibility and job satisfaction, a large “subjective” proportion in the form of action is demanded. It is obvious that this demand cannot be met without an ethical debate in the future.

However, the question remains open as to how the different viewpoints are to be established and a common consensus found in view of the cultural variety and increasing personal responsibility.

Technical innovation is, in fact, monolithic owing to its global dissemination, i.e. in the final analysis most people throughout the world are working on the latest computer model. On the other hand, the forms of work are marked by different pluralistic and regional aspects in their interaction towards cultural variety and increasing personal responsibility. And the different corporate cultures and order situations lead to distinctive variations. These will have completely independent forms of the respective job satisfaction and therefore of the respective economic force of a company. To this extent the quality of work, as a cultural achievement of the present, has various facets and it may well be that no common consensus can be reached on the opposing viewpoints on how we will work tomorrow. The quality of work as a cultural achievement of the present is pluralistic, it will possibly be able to develop its strength above all in forms of work organised for the long term and in multicultural interaction.